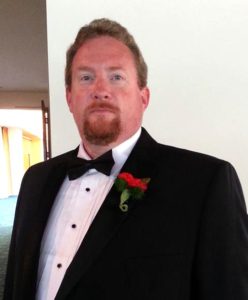 Mark was born and raised in Sparta, Tennessee.  He attended Tennessee Technological University and graduated in 1991 with a Bachelor of Science degree in Accounting. In 2002, while working for the City of Hinesville as the Director of Inspections, Mark became a member of the Hinesville Lions Club.  In 2005, he moved to Kennesaw to begin work with the City of Kennesaw as the chief Building Official for the city.

Mark is married to Teri who is also a Lion with the Paulding-West Cobb Lions Club. He has 3 children and 1 granddaughter.  Both of Mark’s sons have been involved in Lionism from a very young age.  Mark’s oldest son, Joshua, is also a member of the North Cobb Lions Club.

Donations made to the Lighthouse will fund vision and hearing programs to provide eye exams, prescription eyeglasses, eye surgeries and hearing aid services.